Probiotics are well known and are now prescribed by nearly every doctor for digestive health. The nutritional supplement is now being considered as a preventive measure for various health reasons. Probotics are nothing but the good bacteria’s that make up our microbiome. But researches have also pointed out that probiotics can help in promoting good dental health as well.

Although FDA still hasn’t approved the usage of probiotics as a beneficiary supplement or for medical use in the cases oral health. But here’s what several researches that have concluded so far:

Several bacteria’s keep lurking inside our mouth daily and some of them even possess the potential of forming a plaque. In a study done in 2016 found that A12, a bacteria which has the power of fighting off a cavity causing bacterium known as Streptococcus mutans. The S mutans was found to increase the acidic levels in the mouth and we all know that can lead to gum diseases. However, A12 stood out as a solution for getting rid of this bacterium.

An interesting study concluded that people who took probiotics for three days; 85% experienced a reduction in the presence of a bacteria which leads to bad breath. The study involved 23 people who were given either antimicrobial or placebo or with the probiotic called Streptococcussalivarius. Furthermore, research will make the picture even clearer to understand the potential effectiveness of probiotics in treating and preventing bad breath.

Now isn’t that amazing? A study done on rats showcased that rats who were fed probiotics (Lactobacillussalivarius) did reduce the oral cancer in them.

Probiotics in a 2006 study showcased that they can reduce the symptoms of gingivitis. The condition which causes redness around the gums, hypersensitivity, etc.

The people involved in the experiment were kept on a 12-day schedule of probiotics and when they returned, they showed promising results. The ones who received the highest dose of probiotics were the best performers and other notable observation was that it also reduce plaque.

Probiotics in general are regarded to be as anti-inflammatory. A decrease in gum disease inflammation was no surprise in this 2007 study. The probiotic given was Lactobacillus bevris. One more study also found that drinking probiotic milk daily reduced inflammation in people with gum diseases.

Are there any possible side effects of Probiotics?

Well, generally all sorts of probiotics are considered safe. However, if you are suffering from HIV then you might need your treating doctors advise. Same goes for children as overdosing may harm them. So, it is crucial to determine their accurate dose. Other than these pregnant women should also ask their doctors to whether to avoid them or take them.

Probiotics without a doubt show tremendous results and FDA should approve them for oral diseases considering the fact that they have given eye opening results in treating systemic inflammation which is considered as one of the root causes of several chronic diseases.

Dental Checkups Made Convenient and Affordable

Things to expect from the dental implant

Doing These Will Make Any Dental Clinic Safe and Clean 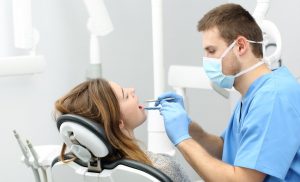 Steel bite pro- The complete solution for your oral health

Know about the dental implant procedure

What Are the Symptoms of Wisdom Teeth on Leaving

How to Get Your Smile Back Through Oral Surgery 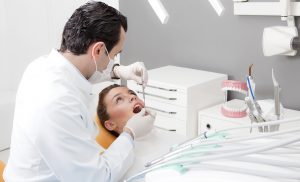 September 10, 2016
0
What Are the Dental Emergency Services?
6 Ways for Keeping Your Gum Healthy
Latest Posts
To Get Updates
Dental Care