The gnawing stigma about getting tested for STDs is the reason behind the worrisome rise in common STDs such as syphilis, gonorrhoea, and chlamydia. If you are sexually active, you must get tested to detect the infections early as well as help you prevent it. If you are looking for discreet STD testing, then you should visit the Chesapeake STD testing women’s clinic.

The three common STDs that were nearly eliminated are making an unwelcome comeback in the US. Here’s why.

According to the CDC’s 2018 STD surveillance report, 1.8 million people had chlamydia. This figure has risen by 19% since 2014, with an estimation of 2.86 million yearly reported infections.

Chlamydia is transmitted through sexual contact with the vagina, anus, or penis of an infected person. This infectious disease is also spread from an infected mother to her baby during childbirth. This could lead to pneumonia and conjunctivitis in exposed infants.

Due to its asymptomatic nature, every sexually active person should regularly get screened for chlamydia.

The CDC estimates that close to 1.14 million new gonococcal infections are reported in the United States annually, with the highest infections occurring in young people aged 15-24. Just like chlamydia, gonorrhoea is transmitted via sexual contact with an infected partner.

There has been a 71% increase in syphilis cases since 2014. In 2018, there were 115,045 new cases of syphilis in the US. Out of this figure, the majority of primary and secondary syphilis cases occurred among men who have sex with men (MSM), gay and bisexual individuals.

Syphilis is transmitted via sexual contact with a person infected with a syphilitic sore. The disease can also be spread from an untreated pregnant mother to their unborn child.

Public health facilities offering STD clinical services in the US have always been underfunded. Since the 2008 global economic crisis, many STD clinics have had to close down or reduce their working hours. This has resulted in a mess with a sharp increase in STDs across the country.

Technology has led to better diagnostic tools for STDs. Due to better screening and detection, the numbers seem even higher than they were a few years back. This is especially true for women who now receive regular annual tests.

We are now in the age of online dating apps

The increasing rise of online dating apps such as Grindr and Tinder has enabled high-risk sex, which has overwhelmed health officials with regards to how to prevent outbreaks. These apps have increased the risk of those most susceptible to HIV, among other STDs.

Men who have sex with men are the group most susceptible to STDs.  According to the journal of Clinical Infectious Diseases, the use of PrEP has made unprotected sex less terrifying, thereby promoting risky sexual behaviour.  So far, PrEP users have been diagnosed with the highest rates of STDs

Why Should You Get Tested?

You have probably come across the term STIs and STDs used interchangeably. The difference between the two in the asymptomatic nature of STIs. An STI can hibernate such that people who have it may never know for years. An STI will then be reactivated, causing people to shed it unknowingly hence the name infectious.

Behaviour change among sexually active individuals is vital to reduce the spread of STDs. Most importantly, screening for STDs needs to be accessible and affordable for all for early detection and prevention. 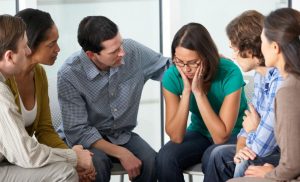 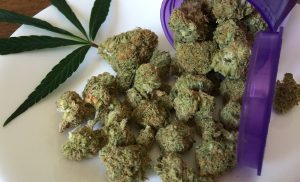 How to Tell If CBD Flower is High Quality?

Is it safe to buy medical products online?

Benefits of having a massage and spa therapy

How to Manage Shin Splints