Your back has 23 spinal discs that separate the vertebrae bones and act as shock absorbers. At times, these discs can exert pressure on your spinal cord nerves, causing back pain. This pain is known as a herniated disc. In Lawrenceburg, herniated disc problems can cause you to panic, but most people have many misconceptions about this condition.  Read on to have your worries put at ease.

While a herniated disc is also known as disc slip, this does not mean that discs literary slip out of place. Rather, it means that the disc’s outer surface splits, allowing the gel inside to leak and come into contact with spinal cord nerves. There are four stages of disc herniation.

Most people believe that a herniated disc results from an injury. However, this condition can be caused by other factors including aging, genetic predisposition, and lifestyle habits.  This notion is fuelled by the fact that the problem becomes pronounced after an injury.

A herniated disc can indeed be painful, but this depends on the nerves being pressed against by the annulus, or outer covering of a disc.  Among the areas commonly affected by disc herniation include hips, neck, limbs, and shoulders. Herniated disc pain mostly manifests in the lower back. You may experience numbness, muscle weakness and a tingling sensation when you have this problem. However, it is not uncommon to have a herniated disc and feel no pain.

You may be scared that you may have to undergo surgery when you suffer a herniated disc. However, this might not happen since your doctor at Elite Physical Medicine elects surgery only when conservative treatment methods including therapy, prescription medication, and cortisone injections have failed to provide relief from pain.

Myth 5: Surgery is a big deal

Even if you may have to undergo surgery to correct a herniated disc, the procedure is not as complicated as you might be thinking. During your discectomy surgery, your doctor makes a small incision to help release pressure in the discs and you will be allowed to go home the same day. You do not have to lie on the operating table with an incision that runs across the entire length of your spine, as happens in open surgery.

A herniated disc can indeed be painful, but this is not a guarantee. If you suspect that you have a herniated disc, schedule a consultation with your doctor to learn how the condition can be managed at home and the available treatment options.

Yoga and meditation- The best friends for your body and mind 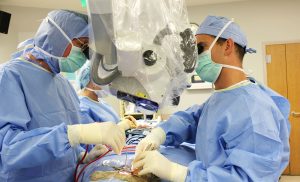 Benefits of Epidural Steroid Injections for Back and Leg Pain 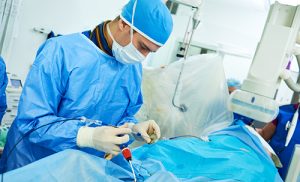 Most Common Causes of Memory Loss

9 Ways to Remain Fit and Healthy

November 1, 2019
0
Preparing for Labor and Childbirth
Where to Get Blepharoplasty in Arizona
Latest Posts
To Get Updates
Dental Care