Tips on How to Avoid Flu

Tips on How to Avoid Flu

Are you looking for any ways to avoid contracting flu? Although a complete immunity is out of the question, in this article, we will take a closer look at the tips that can protect people from getting sick during flu season.

A small trivia: The pandemic that happened in 1918 to 1919, killed more people compared to the First World War.

At the moment, more or less 10 million cases of flu emerge every year In the United States alone. Influenza is responsible for 140,000 to 710,000 hospitalizations and around 12,000 to 60,000 deaths every year. This disease is a very contagious respiratory problem that is caused by Type A and B Influenza viruses.

Its activity usually begins during fall or autumn in the United States (from September to November), it peaks during the winter season (December to February) and sometimes lasts until late Spring or late May. Although Influenza and common colds share a lot of symptoms, they are totally different.

For example, cold symptoms gradually rise and are milder compared to flu symptoms. But symptoms come on a lot quicker, more intense and can result in severe health issues like bacterial infections, pneumonia, as well as hospitalizations.

There is a specific group of people that are at higher risk of contracting flu. These groups of people include pregnant women, young children, older people ages 65 years old and above, and people suffering from chronic medical problems. And, unless you live under a rock and lock yourself inside a bubble (hello, Bubble Boy), there is no foolproof method for dodging Influenza completely.

With that being said, there are steps that you can take to minimize your chances of exposing yourself to flu, build your immunity up and reduce the risk of contracting flu. Here are some recommendations on how to avoid thisdisease.

Getting Influenza shots is the single best thing people can do to avoid being infected by Influenza during peak season.

Seasonal Influenza shots – it is created to help people protect against three to four viruses that are believed to be one of the most common infections during flu season.

Seasonal Influenza shots – it is created to protect people against flu viruses during specific season. These vaccines are usually injected through the arm using a syringe.

Influenza vaccines will trigger antibodies so that our body can develop immunity from the virus, usually within two weeks of having the vaccine. The antibodies can provide protection against different strains of flu viruses that is in the vaccine. Although the shot has some side effects in some people, it is not strong enough to cause flu illness.

The vaccine saved at least 40,000 lives in the United States alone, between 2005 and 2014, and it can also dramatically decrease the chances of any complications and even death, even if the infection fails to be prevented.

To find out more about vaccines, check out https://www.fda.gov/vaccines-blood-biologics/vaccines.

People who need to get an Influenza vaccine

Everyone who is seven months and above is recommended to have an annual Influenza vaccine, according to CDC or the Center for Disease Control and Prevention. Some shots are available depending on your age and whether the person is pregnant or with a severe chronic health condition.

Infants 6 months and below are too young to receive the shot. People with life-threatening allergies to the ingredients of the vaccine or with Guillain-Barré syndrome should ask the health care providers if they are allowed to have a shot before getting the vaccine. Between 150 to 170 million doses of vaccine are estimated to be readily available for 2019-2022 season.

When the supply of the vaccine is limited, health care providers give utmost priority to:

People ages 50 years old and above

People with severe or chronic pulmonary illness or people with immunosuppressed

Adult person and children on a long-term aspirin therapy

People with BMI or body mass index of more than 40

With people who have heart diseases, their chances of having a heart attack are six times higher after they are vaccinated.

Do these shots work?

When the vaccine is “well-matched” to the viruses that are circulating, the shot can help reduce the risk of contracting one by more or less 40% to 60%. A good match happens when the viruses in the flu vaccine, as well as the circulating viruses in any given flu season are related.

The antibodies that are generated because of the vaccine will adequately protect the person from infection. If the virus in the vaccine, as well as the circulating viruses varies, the shot’s effectiveness can be minimized. In mismatched flu seasons, the vaccine can still give a little protection against Influenza and related viruses. According to the latest studies, season Influenza shots can:

Scientists all over the world are currently working on expanding or developing a universal influenza vaccine that can make yearly vaccination extinct. A universal vaccine can help protect people against most forms (if not all) pandemic and seasonal influenza strains.

Visit this site to find out more about seasonal flu.

Aside from getting a vaccine, practicing good health habits can also act as your first line of defense against this virus. This virus is very contagious, can spread from one person to another just by standing within six feet through droplets produced when sneezing, coughing, by talking or by touching surfaces that are contaminated. Different studies found that people with the virus contaminate the air by merely breathing.

Another research suggests that a single tabletop or doorknob could spread the virus to 40% to 60% of visitors and workers within just two to four hours of contamination. The findings tell the importance of proper hygiene in public places or in the workplace, as well as the need to go home as soon as possible when symptoms of Influenza begin.

Do You Really Need Addrella? 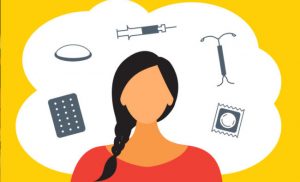 How has infertility evolved over the years and are we ready to face it?

May 2, 2018
0
Searching Over the best Cannabidiol Oil Options for You
The World of Internal Medicine
Latest Posts
To Get Updates
Dental Care