Why You Need to Get A Doctor’s Note

We all know the feeling of an incoming illness so well. It’s almost biologically engrained in us at this point. Your limbs feel heavier as you head home from work. There’s a near constant chill that seems to be running through your bones. It’s not full on yet, but you’re beginning to feel hot and cold at the same time. Food doesn’t look appetizing and just the thought of eating anything even remotely filling seems nauseating. It’s a real inconvenience but it needs to be dealt with in the right way. You know you’re going to have to miss a day of work and you’re considering going to the doctor. Is getting the Doctor’s note necessary?

The answer is an overwhelming “yes!”. While many offices don’t require doctor’s notes as part of a mandatory policy, it’s still very good practice.

Often, illnesses are minor and probably don’t require a visit to the doctor’s office. A stomach bug or some indigestion that lingers usually revolves itself with a quick bathroom run and maybe a gator-aid. The day you take off from work is really just to save face and not have to deal with the embarrassment of running to the bathroom every hour or so. After a few hours you usually feel fine and really don’t feel like you need to go to the doctor’s office. However, in a world where so many people, even as adults, play hookey and try and extend their weekends it’s important to get the note to separate yourself from the others that are faking. It seems like a total waste of time at first, but by going to get the note you are showing to your employer/boss/company that you take your employment seriously and don’t fool around. It also shows that you were willing to put a price tag on that credibility. Co-pays and doctor’s visits aren’t cheap these days and it looks like the prices may just keep getting higher. By getting the note it shows that you not only are telling the truth but that you are also willing to pay a monetary value to show that you are telling the truth.

There is also another positive flip side to getting a doctor’s note. Often times, small symptoms that may not feel like much can be indicative of a much larger problem. Obviously, you don’t want to be a hypochondriac and scour the internet over every tiny little symptom, but having a little bit of concern for small illness may pay off many fold in the end. Since many people opt to skip on their yearly physicals or seem to go long periods between visits, sometimes getting a doctor’s note will be cause enough for somebody that actually has something gravely wrong with them to get their butt into the doctor. This doesn’t mean that there is something gravely wrong with you every time you get a case of the sniffles, but it never hurts to err on the side of caution.

Remember this next time you feel yourself coming down a stomach bug or a fever. Get yourself that doctor’s note!

Mesotherapy: The Procedure and Side Effects

Everything You Need to Know About Laser Liposuction 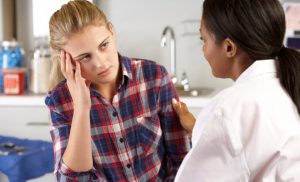 Importance Of Annual Health Screening That Everyone Should Be Aware Of

Get Rid Of Gynecomastia Problem By Following Right Treatment

Creatine helps to enhance the muscle mass and increase the performance

December 19, 2018
0
Simple Tips to Compare Health Insurance
What do physical therapist do?
Latest Posts
To Get Updates
Dental Care