What is non-celiac gluten sensitivity?

What is non-celiac gluten sensitivity?

Non-celiac gluten sensitivity has a complex diagnosis and diffuse symptoms. We explain how to differentiate it from other disorders associated with gluten consumption: allergy and celiac disease.

The sensitivity to non-celiac gluten also called sensitivity mode shorter the gluten, is a digestive intolerance to this protein present in some cereals such as wheat, barley, oats, and rye. Gluten is a mixture of two proteins called glutenin and gliadin, which give doughs their elastic capacity. For this reason, it is so difficult to find bread made with gluten-free flours with characteristics similar to those made with gluten-free flours.

This disorder occurs when certain people ingest foods that contain gluten and, when this reaches the intestine, good digestion or absorption does not occur, mainly causing digestive disorders.

In gluten-sensitive non-celiac people, gluten intake always produces symptoms, and, in addition, it starts quite quickly once the food is consumed.

However, as indicated, it is an intolerance, so, in these cases, a certain amount of gluten is tolerated. Each person has a different tolerance threshold that can fluctuate over time, but it is difficult to find cases in which no amount can be taken. This is clearly different from celiac disease.

The most frequent symptomatology is marked by intestinal malabsorption and consists of pain and abdominal distention, flatulence, diarrhea, constipation, nausea, vomiting, burning and burning sensation, fatigue, general malaise, etc. If the diarrhea is abundant, frequent, and sustained over time, there may be cases of dehydration or deficiency of some nutrients due to poor digestion and absorption processes.

Gluten-related health disorders are all those that converge on this protein but are different entities; among them are celiac disease, gluten allergy, and non-celiac gluten sensitivity.

In the case of the diagnosis of celiac disease, the celiac disease gene must be present, which is a genetic diagnosis, and also that there are positive antibodies in the body. These two markers are indispensable; If one of the two is not present, celiac disease can no longer be diagnosed.

By performing an intestinal biopsy, it is possible to confirm the atrophy of the intestinal microvilli. Still, it is not a specific diagnostic criterion; it is more, it is beginning to suggest that, in certain cases, such as in children, the biopsy be avoided because it is an invasive technique. There may or may not be symptoms in the case of celiac disease, but if gluten is ingested, the mucosa or intestinal wall will be damaged.

Gluten allergy, like any other food allergy, works with immune mediators and is a different disorder. With regard to non-celiac gluten sensitivity, it is a pathology that is not a celiac disease or gluten allergy but is a digestive intolerance to this protein that causes digestive disorders.

There is currently no specific marker for the diagnosis of non-celiac gluten sensitivity, and it is usually diagnosed by elimination. Suppose the patient does not suffer from celiac disease or gluten allergy, and it is found that the intake of this protein always produces symptoms and relatively immediately. In that case, it is interpreted that he suffers from non-celiac gluten sensitivity.

Information on the ways of getting hold of the best dentist

Dental Contouring: Give Yourself a Smile You Love 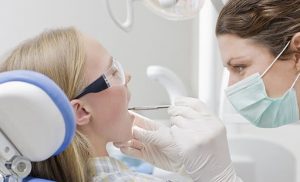 Is Fluoride Good For Your Teeth?

Transform your smile with Invisalign Perth

Straighten Your Teeth with Invisalign

How your dental health can affect your overall health

June 29, 2017
0
Enjoy Your Dental Care Services with the Award-Winning Dentist in Texas
Only one solution to dental problems- Roseville dentist
Latest Posts
To Get Updates
Dental Care